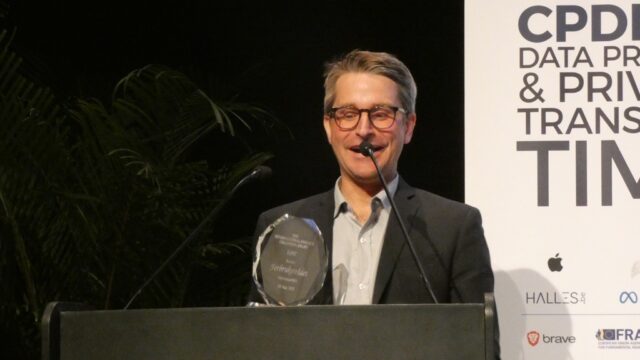 EPIC was pleased to today present the EPIC International Privacy Champion Award to Forbrukerrådet (the Norweigian Consumer Council) for its outstanding and influential work crafting substantive reports on the scope and impact of surveillance advertising and online data collection. Forbrukerrådet’s reports have played a prominent role in driving surveillance advertising and online data collection reform globally and solidified their reputation as true leaders for the consumer rights movement in Europe. This award recognizes Forbrukerrådet’s continued efforts to safeguard privacy and protect democratic values worldwide. The award will be presented by EPIC’s Alan Butler and Calli Schroeder to Finn Myrstad on behalf of Forbrukerrådet at the CPDP Conference in Brussels.