Secrecy and privacy in elections guard against coercion and are essential to the integrity of the electoral process. EPIC has a long history of working on voter privacy issues, from the right to a secret ballot to voter registration information privacy and voter ID.

Voter privacy reduces the threat of coercion, vote buying and selling, and tampering. For individual voters, it provides the ability to exercise their right to vote without intimidation or retaliation.

The Right to a Secret Ballot

The secret ballot is a cornerstone of modern democracies. Secrecy of the ballot is guaranteed in state constitutions and statutes nationwide.

Prior to the adoption of the secret ballot in the United States in the late 19th century, coercion was common place. It was particularly strong in the military. According to Jonathan White in “How Lincoln Won the Soldier Vote,” significant pressure was put on military rank and file to vote for Lincoln (though the soldier vote ultimately did not change the result of the election):

Secretary of War Edwin M. Stanton used immense power to bring military voters into line, […] When Republican Senator Edwin D. Morgan of New York informed Stanton that a number of quartermaster clerks had endorsed Gen. George B. McClellan for president, Stanton dismissed 20 of them. When one of the clerks protested his dismissal, an unsympathetic Stanton replied, “When a young man receives his pay from an administration and spends his evenings denouncing it in offensive terms, he cannot be surprised if the administration prefers a friend on the job.”

The establishment of the secret ballot helped prevent that type of coercion in the military. It also changed coercive practices in the workplace. Thanks to the secret ballot, employers cannot lawfully go so far as to “check” on how an employee actually voted. But if ballots were no longer secret, many employees would risk losing their jobs if they voted against the recommendations of management.  Our democracy would no longer be free and fair. Our need for privacy protections is just as strong today as it was when the secret ballot was adopted.

In 2016, EPIC published The Secret Ballot at Risk: Recommendations for Protecting Democracy to highlight the prevalence of secret ballot protections nationwide and how internet voting threatens voter privacy. Our findings showed that the vast majority of states (44) have constitutional provisions guaranteeing secrecy in voting, while the remaining states have statutory provisions referencing secrecy in voting. Despite that, 32 states allow some voters to transmit their ballots via the Internet which, given the limitations of current technology, eliminates the secrecy of the ballot.  EPIC advocates against internet voting because of the privacy and security risks.

In the US, voting civil rights advocates are locked in a struggle with federal, state and local authorities over more restrictive voter identification and authentication requirements. This clash over poll place practices and voter ID requirements was initially triggered by the passage of the Help America Vote Act of 2002, which increased federal election requirements for first-time voters who register to vote by mail. These requirements include that voters provide a form of identification prior to voting in person for the first time. According to the Act, acceptable forms of identification could include a photo ID, “utility bill, bank statement, government check, paycheck, or other government document that shows the name and address of the voter.”

While new ID requirements might appear minor to most voters, they threaten both privacy for all US voters and civil rights for marginalized voter populations.

EPIC has a long history of working on voter privacy issues, which this government issued photo ID requirement strongly affects. In a March 2007 statement to the U.S. House Committee on the Judiciary, EPIC cautioned against new photo identification and proof of citizenship requirements for federal elections. Absent evidence of an actual problem, EPIC warned that the requirements could discourage legal voters. EPIC noted that Congress has already provided for provisional ballots for instances when there are doubts about the status of voters seeking to cast ballots in public elections.

In 2007, EPIC filed a brief in the Crawford v. Marion County, strict voter government issued ID case to protect voting privacy rights of Indiana voters. Challenging the position of the state that the government issued photo ID requirement would add security to state elections. Further, the state of Indiana’s poll worker training material on photo ID’s used by the state to educate poll workers on acceptable and unacceptable photo IDs was questionable.

Increased voter identification requirements oblige voters to obtain at least one form of identification for which the state typically collects a fee. Some states allow persons who cannot afford a card to obtain one for free; however, obtaining a identification card still requires documented proof of identity, documentation that is difficult, cost prohibitive, or sometimes even impossible for some individuals, especially those born in rural areas or abroad, to obtain.

Increased voter identification requirements oblige all citizens presenting themselves at voting locations – the vast majority of whom presumably arouse no suspicion – to disclose not only their names but also all information that appears on their form of government-issued photo identification. The most common form of government-issued photo identification is a driver’s license, which includes the voter’s name and photographic likeness but also may include such information as the voter’s age, height, weight, driver’s license number, restrictions owing to disability or impairment (such as for imperfect vision or a prosthetic limb), and fingerprints. Furthermore, states, rather than voters, have sole control over the information placed into a state-issued ID card, and the applicant for such identification cannot choose to withhold certain data.

The cumulative effects of what many would deem a minor burden on voter rights would be substantial over time because checking papers, according to University of Toledo professor DJ Steinbock, has “an additional subjective effect on a grand scale: the psychic harm to free people of having to ‘show your papers’…. Not only would people forced to go through identity checkpoints experience some degree of fear and surprise, but also knowing that this has become a permanent part of the social fabric would diminish their sense of liberty.”

Voter registration records are held by the state in which the voter is registered. According to the U.S. Census Bureau, state voter rolls include the names, dates of birth, addresses, party affiliation, and other personally identifiable information of at least 168 million registered voters. States have varied rules on who may access voter registration information.

The Presidential Advisory Commission on Election Integrity (PACEI) was created  by Executive Order on May 11, 2017. The Commission, which consisted of members appointed by the President, was charged with “study[ing] the registration and voting processes used in Federal elections” and preparing a report on various election issues. On June 28, 2017, Kris Kobach, the Vice Chair of the Commission, sent a letter to election officials in all fifty states and the District of Columbia seeking a wide array of personal voter information, including names, addresses, dates of birth, political affiliations, voter histories, criminal records, military statuses, and partial social security numbers. Such a request to state election officials had never been made by any federal official before. The Commission did not conduct and publish a Privacy Impact Assessment prior to seeking this personal data, despite a requirement in the E-Government Act of 2002 that it do so.

After EPIC brought suit against the PACEI in July 2017 to halt its unlawful gathering of personal voter data, the Commission temporarily suspended its data collection, discontinued the use of an unsafecomputer server, deleted voter information that was illegally obtained, and ultimately disbanded.

In 1992, EPIC filed a voter registration privacy case in Greidinger over the state of Virginia’s practice of collecting Social Security Numbers and making them publicly available. In that case EPIC prevailed by the decision of the court to prohibit the state of Virginia from requiring citizens who wish to register to provide a Social Security Number. 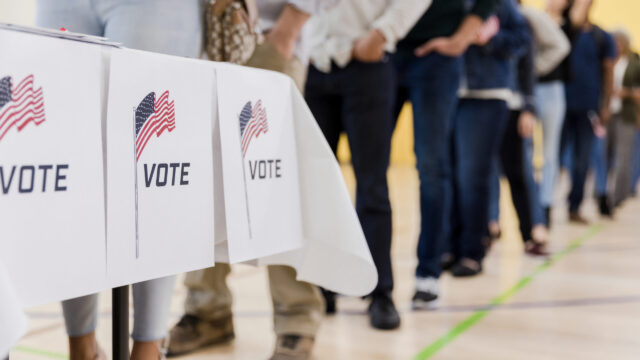