In a letter to school administrators, EPIC joined Fight for the Future and over 40 organizations opposing the use of facial recognition technology in schools. The coalition stated that facial recognition is an "invasive and biased technology that violates the rights of students and faculty and has no place in educational institutions." EPIC launched a campaign and resource page to ban face surveillance globally. The Public Voice declaration has the support of over 100 organizations and many leading experts across 30 plus countries. EPIC has also called on the Privacy and Civil Liberties Oversight Board to suspend face surveillance systems across the federal government.

Senator Kirsten Gillibrand (D-NY) has introduced S. 3300, The Data Protection Act of 2020 which would create an independent Data Protection Agency in the United States to safeguard the personal data of Americans. EPIC, many leading consumer and civil rights organizations, privacy experts, and scholars support Senator Gillibrand's non-partisan bill. "The US confronts a privacy crisis. Our personal data is under assault. Congress must establish a data protection agency. Senator Gillibrand has put forward a bold, ambitious proposal to safeguard the privacy of Americans," said Caitriona Fitzgerald, EPIC Policy Director. EPIC has long advocated for the creation of a U.S. Data Protection Agency, arguing that the Federal Trade Commission is an ineffective agency, lacking basic competence for privacy protection. EPIC's recent report, Grading on a Curve: Privacy Legislation in the 116th Congress sets out the key elements of a modern privacy law, including the creation of a Data Protection Agency. [Bill text] [EPIC PRESS RELEASE]

Senators Cory Booker and Jeff Merkley introduced the Ethical Use of Facial Recognition Act, which would ban the federal government's use of facial recognition until Congress passes legislation regulating the technology. The bill also prevents state and local government from using federal funds for facial recognition systems and creates a commission to develop guidelines for the use of facial recognition. EPIC has launched a campaign to Ban Face Surveillance and through the Public Voice coalition gathered the support of over 100 organizations and many leading experts across 30 plus countries. An EPIC-led coalition has also called on the Privacy and Civil Liberties Oversight Board to recommend the suspension of face surveillance systems across the federal government.

EPIC in the News

Algorithms Were Supposed to Fix the Bail System. They Haven't
WIRED
February 19, 2020

More EPIC in the News »

EPIC provides expertise to shape strong privacy and open government laws at both the state and federal level.

EPIC recently launched a campaign to promote the creation of a Data Protection Agency in the U.S. 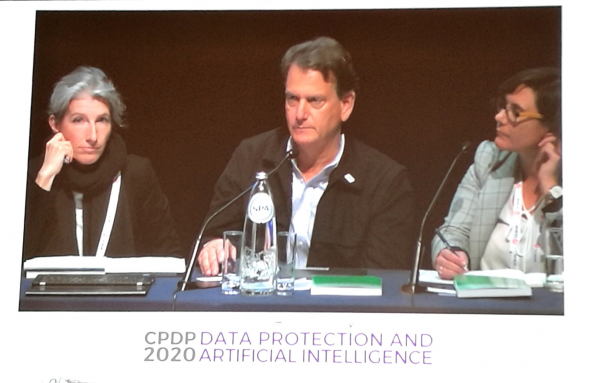