Facial recognition is an extremely powerful and dangerous surveillance technology. EPIC advocates for a ban on face surveillance.

Facial recognition is distinctly dangerous because it is a keystone technology in 21st century mass surveillance. Facial recognition uses algorithms to match a picture of an unknown individual to a gallery of identified images based on facial features like the distance between a person’s eyes. The proliferation of available digital images created by security cameras, added online via social media, or collected by the government for routine purposes (e.g. passport photo) has created a wealth of data to use for face surveillance. And there is a lack of legal protections against the use of images for facial recognition. The result is that the images used to create the underlying algorithms and databases are often collected surreptitiously and without consent.

Facial recognition makes it easy to identify anyone at any time without their consent and even without their knowledge to track the movements of that person or connect that person to the copious amounts of information collected by the government and private sector. The technology also greatly increases the ability to conduct mass surveillance of large crowds. The dangers of facial recognition are growing as its uses expand.

EPIC works on many fronts to oppose the rollout of new facial recognition systems, enact bans on facial recognition at all levels of government, and cabin other biometrics to limited and transparent use. EPIC often comments on federal agencies’ proposed expansion of biometric surveillance through the Administrative Procedure Act. In 2020, EPIC and a coalition of privacy and civil liberties groups opposed a rulemaking by the Homeland Security Department (DHS) that would have massively expanded the use of biometrics across the agency. After comments and outreach to the Biden Administration, the policy was reversed in 2021. 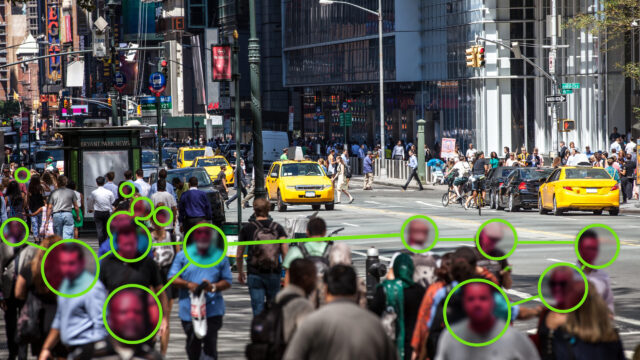