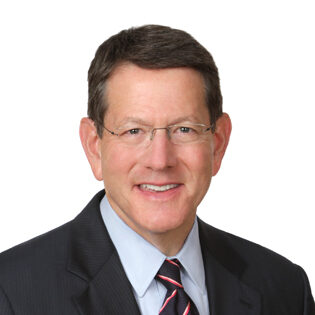 Christopher Wolf is a Senior Counsel Emeritus at the law firm of Hogan Lovells US LLP, where he previously led the privacy and data security practice. He also is founder and chair of the Future of Privacy Forum.  In 1998, working with EPIC, Chris successfully represented the plaintiff in McVeigh v. Cohen,  a landmark privacy case under ECPA and involving the now-repealed Don’t Ask, Don’t Tell policy.  Chris was the editor and lead author of the first Practising Law Institute (PLI) treatise on privacy law.  He is a member of the American Law Institute (ALI), and was a member of the ALI committee that produced Principles of Data Privacy Law.  From 1996 to the present, Chris has helped lead the work of the Anti-Defamation League (on whose national board he serves) combatting online hate.  He co-authored Viral Hate: Containing its Spread on the Internet (2013).  In 2021, Chris led the pro bono work of Hogan Lovells assisting its pro bono partner PeaceTech Lab in its analysis of worldwide hate speech laws and legislation.  Chris is the 2016 recipient of the EPIC Lifetime Achievement Award as well as the 2015 Berkeley Center for Law and Technology Privacy Award, the 2015 International Association of Privacy Professionals Vanguard Award and the ADL Lifetime Achievement Award.