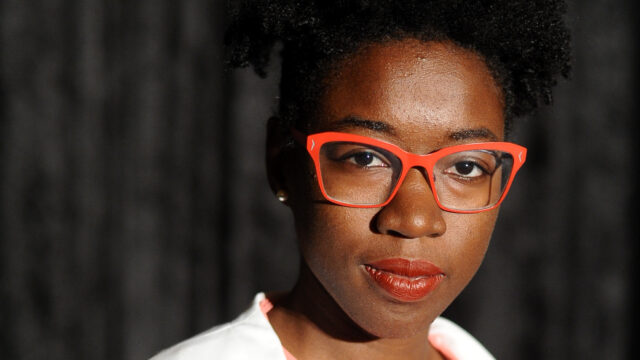 Joy Buolamwini is a computer scientist and poet of code who uses art and research to illuminate the social implications of artificial intelligence. She founded the Algorithmic Justice League to create a world with more equitable and accountable technology. Her TED Featured Talk on algorithmic bias has over 1 million views. Her MIT thesis methodology uncovered large racial and gender bias in AI services from companies like Microsoft, IBM, and Amazon. In addition to advising elected officials during US congressional hearings, she serves on the Global Tech Panel to advise world leaders and executives on reducing AI harms.

Joy’s journey is depicted in the feature-length documentary Coded Bias which sheds lights on threats A.I. poses to civil rights and democracy. Her spoken word visual audit “AI, Ain’t I A Woman?” which shows AI failures on the faces of iconic women like Serena Williams, Oprah Winfrey, and Michelle Obama has been part of exhibitions ranging from Ars Electronica to the Barbican Centre, UK. A Rhodes Scholar and Fulbright Fellow, Joy has been named to notable lists including the Bloomberg50, Forbes Top 50 Women in Tech, and Fortune Magazine named her “the conscience of the AI revolution”. She holds graduate degrees from Oxford University and MIT; and a bachelor’s from the Georgia Institute of Technology. As a former pole vaulter, she still holds Olympic aspirations if not realities.