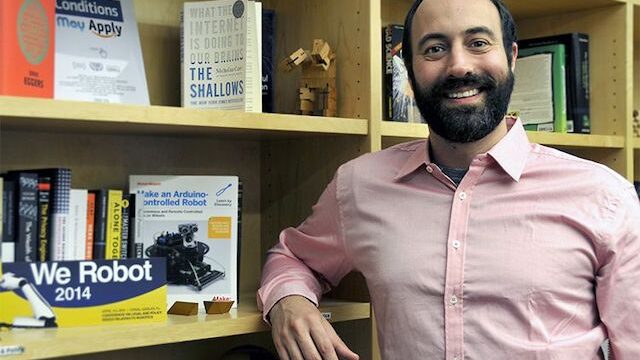 Ryan Calo is an associate professor at the University of Washington School of Law. Professor Calo’s research on law and emerging technology appears or is forthcoming in leading law reviews (California Law Review, University of Chicago Law Review, Stanford Law Review Online, University of Pennsylvania Law Review Online) and technical publications (MIT Press, IEEE, Science, Artificial Intelligence), and is frequently referenced by the mainstream media (NPR, New York Times, Wall Street Journal). Professor Calo has testified before the full Judiciary Committee of the United States Senate and the German Parliament and has organized events on behalf of the National Science Foundation, the Department of Homeland Security, and the White House. He has been a speaker at the Aspen Ideas Festival and NPR’s Weekend in Washington. Business Insider named him one of the most influential people in robotics. Calo received his JD cum laude from the University of Michigan Law School, where he was a contributing editor to the Michigan Law Review and symposium editor of the Journal of Law Reform, and his BA in Philosophy from Dartmouth College. In 2005-2006, he served as a law clerk to the Honorable R. Guy Cole Jr. of the United States Court of Appeals for the Sixth Circuit. Calo was previously an associate in the D.C. office of Covington & Burling, LLP, where he advised companies on issues of data security, privacy, and telecommunications. Prior to law school, Calo was an investigator of allegations of police misconduct in New York City.