EPIC filed an amicus brief in Doe v. Luzerne County, a Third Circuit case that concerns the right of public employees to remain free from surreptitious video surveillance while undressed as they shower at their workplace. EPIC urged the court to hold that the Luzerne County Sheriff’s Department violated Ms. Doe’s Constitutional right to informational privacy.

On September 27, 2007, the Sheriff of Luzerne County, PA, Defendant Barry Stankus, ordered a Deputy Sheriff, the anonymous Appellant in this case, into a hospital decontamination shower. After the shower, Defendant Deputy Chief Ryan Foy filmed her before she had a chance to get dressed again. In April 2008, an employee of the Sheriff’s Department found a digital copy of the videotape, as well as screen-shots from the tape, on Foy’s old computer. The film contained images revealing Appellant’s back, shoulders, and limbs. The Appellant testified that the rest of her body was covered only with “paper sheets, almost like when you’re at a doctor’s office.” The Appellant also testified that the images revealed a tattoo on her back containing the name of her girlfriend, thus revealing her sexuality to any individual who viewed the video or the screen-shots.

Appellant sued Luzerne County, and Stankus and Foy individually, for violating her Constitutional rights. The trial court judge dismissed the Appellant’s claims, holding that the Defendants’ conduct “d[id] not rise to the level of a shocking degradation or egregious humiliation,” as required under case law. The judge also held that the intrusion was not sufficiently “important” to have violated the Appellant’s Fourth Amendment rights. “When Defendant Foy videotaped Plaintiff she was either fully clothed or had her genitals covered with her back toward Foy.” The Appellant has appealed the trial court’s holding with the Third Circuit Court of Appeals.

In 2007, Appellant Jane Doe, with her partner, Deputy Brian Szumski, attempted to execute a warrant at a suspect’s home. After leaving the home, the two officers discovered that they had been infested with fleas. Superior officers first directed the two to the county jail for their decontamination shower, and then subsequently directed them to a hospital. During this process, the Appellant and Szumski spent several hours in their patrol car. Defendant Deputy Chief Ryan Foy began intermittent taping during this time.

As the Appellant entered the hospital, she noticed Foy taping her and requested that he stop. Before, during, and after Appellant’s shower at the hospital, Deputy Erin Joyce, a female officer, examined her and instructed her on the process for decontamination. When the Appellant entered the shower room, Joyce put her foot in the door jamb and read instructions to her from the other side of the door. After the shower, the Appellant was directed to cover herself with the material provided in the shower, which the Appellant later described as “paper sheets, almost like when you’re at a doctor’s office and you sit on their bed, the paper that is down.”

Once the Appellant indicated she was covered, Joyce entered the room and examined her. The Appellant had her back to the door. She then heard a Defendant Bobbouine’s voice asking her “what’s that s-t all over your back,” indicating the tattoos there. Foy also commented on the tattoos. Foy and Bobbuine also made lewd comments about the plaintiff’s body. Appellant stated that the paper covered “the middle of her chest, past her genitals, to her thighs; a large portion of her back, legs and shoulders were left exposed.” She was uncertain whether the paper, when wet, revealed her genitals because her eyes “were being affected by the flea shampoo.”

There is a dispute regarding who ordered the filming and whether an order had actually been given. Defendant Barry Stankus, the Luzerne County Sheriff in office at the time of the filming, stated that he had ordered defendant Foy to film the decontamination shower for “training purposes”. Stankus, Jane Doe, and other individuals each stated on the record that this was the second time an officer had been infested with fleas in recent memory. Defendant Foy claimed that Defendant Chief Deputy Bobbouine ordered him to film the Plaintiff. Bobbouine disputes that claim and claimed to have no knowledge of Stankus ordering the filming. Plaintiff Jane Doe stated that she had no idea who ordered the filming or if, in fact, the filming had been ordered. Neither Foy nor the Sheriff’s Department made an instructional film from the footage. Foy did, however, show the footage to other deputies.

Appellant Doe learned that Foy had stored copies of the film and still images on his computer. By this time, Foy had left Department, and employees were cleaning Foy’s computer for use by a new deputy. The trial court’s opinion describes the content of the stored copies as follows: “The video clip showed Appellant’s bare back; the photos were of Szumski naked from the back, Szumski wrapped in a light cloth that was see-through, Appellant and Szumski in the tailgate of the SUV, Plaintiff’s bare back, and one of Deputy Joyce combing Plaintiff’s hair with Plaintiff’s back turned to the camera.” The opinion states that there were no pictures or video revealing Appellant’s genitalia.

The county’s IT director, Stephen Englot stated in a deposition that “[t]here’s no massive shared folder that the whole county can access.” Englot represented that each department within the county may have an internal network on which files can be shared; that those internally shared files are not placed on a countywide network; and that there were no available copies of the backup tapes to the server from 2007 because the tapes were regularly recycled every five months. Englot’s testimony also revealed that Deputy Chief Ryan Foy, the officer who filmed Officer Jane Doe, served as the Sheriff’s Department computer administrator in 2007, providing him with access to all the computers used by the office.

The trial court’s holding discusses a line of precedential cases stretching back to Whalen v. Roe, which the Supreme Court recently acknowledged upholds a right to informational privacy rooted in the Constitution. The trial court held that the Fourteenth Amendment “shields from public scrutiny only that information which involves ‘deeply rooted notions of fundamental personal interests derived from the Constitution.'” The trial court went on, declaring that the information the Constitution protects “must be either a shocking degradation or an egregious humiliation.” The court noted that the Plaintiff had her back to the door when Deputy Sheriff Foy was filming, and that the resulting footage did not “expose[] any body part that, as a matter of law, is covered by the rubric of privacy rights in the Fourteenth Amendment.” The court concluded that the Plaintiff’s back, shoulders, and limbs “are not body parts whose protection is deeply rooted in fundamental personal interests.”

The Court’s Fourth Amendment analysis hinged on the “special needs” exception to the traditional rule that requires the government to obtain a court-ordered warrant before conducting a search. The exception was designed for particularly urgent or difficult situations that “make the warrant and probable-cause requirements impracticable.” Here, the officers were decontaminating Appellant after she had been exposed to fleas in order to prevent them from spreading. The trial court held that this was not a particularly important government interest, of the type that would justify a more invasive search. However, the court also held that the intrusion into the Appellant’s Constitutional rights was not overly invasive. The Court noted that Appellant was filmed when she “had her genitals covered with her back toward Foy.”

On October 12, 2011, the Third Circuit issued an opinion reversing the lower court’s holding with respect to Doe’s constitutional right to privacy claim under the Fourteenth Amendment. Doe v. Luzerne Cnty., 660 F.3d 169, 171 (3d Cir. 2011). The court found that Doe had a reasonable expectation of privacy in her partially-clothed body while in the shower room and that her privacy interest outweighed any government interest in disclosure. Id.at 177-78. Due to the disputed nature of what body parts were visible, however, the court was unable to determine whether her exposure qualified as among the ‘most intimate aspects of human affairs’ with ‘deeply rooted notions of fundamental personal interests’ and remanded the case for further proceedings. Id.

Regarding Doe’s Fourth Amendment claim, the court affirmed the lower court’s holding that the video was not a search or seizure because Foy acted in his personal capacity rather than in furtherance of a government investigation. Id. at 179.

EPIC has a history protecting individuals from non-consensual digital imaging of the naked body and championing the individual right to privacy against compelled disclosure of personally identifiable information.

EPIC is pursuing a lawsuit before the District of Columbia Circuit Court of Appeals to strike down the Transportation Security Administration’s body scanner program. EPIC v. DHS, 10-1157 (D.C. Cir 2011). EPIC argued in its briefs that that TSA’s program violates the Video Voyeurism Prevention Act of 2004, which prohibits the “capture [of] an image of a private area of an individual without their consent, and knowingly does so under circumstances in which the individual has a reasonable expectation of privacy.” 18 U.S.C. §1801 (2010).

In IMS Health, Inc. v. Sorrell, a case currently before the Supreme Court, EPIC filed an amicus brief arguing that data-mining of prescriber information Implicates the Constitutional right to informational privacy. EPIC pointed to another case it briefed, NASA v. Nelson, 131 S.Ct. 746 (2011), in which the Supreme Court acknowledged that Whalen v. Roe, 429 U.S. 589 (1977) upheld a right to information privacy rooted in the Constitution. EPIC’s brief in Sorrell argued that “[t]he specific concern about the adequacy of safeguards to protect the privacy of medical records information should bear directly on the Court’s analysis.”

In NASA v. Nelson, 131 S. Ct. 746, EPIC filed an amicus brief that highlighted problems with the Privacy Act, including the “routine use” exception, security breaches, and the agency’s authority to carve out its own exceptions. The Supreme Court found that the government’s invasive background checks for government contractors implicated “a privacy interest of Constitutional significance” but that the checks were reasonable and that the information would be protected under the Privacy Act. In Whalen v. Roe, the Supreme Court had recognized the right to informational privacy as, “the individual interest in avoiding disclosure of personal matters.” 429 U.S. 589, 599. This right was later cited in Nixon v. Administrator of General Services, finding that government officials, including the President, do not wholly give up their constitutional privacy rights in matters of personal life unrelated to acts done in their public capacity. 433 U.S. 425, 457 (1977). NASA v. Nelson confirmed that both of these seminal cases recognized a constitutional right to informational privacy. Writing in concurrence, Justice Scalia said the Court’s opinion “will dramatically increase the number of lawsuits claiming violations of the right to informational privacy.” 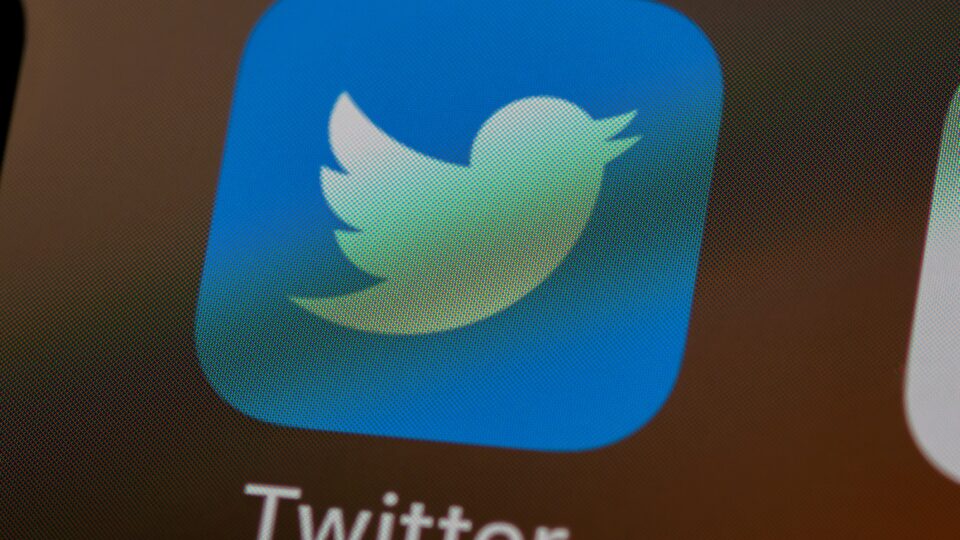