This case presents an issue of first impression for the Supreme Court: the scope of the “litigation” exception under the Drivers’ Privacy Protection Act (“DPPA”), 18 U.S.C. § 2721 et seq. The lower court held that, as a matter of law, a lawyer’s use of personal information from a DPPA-protected database for the purpose of soliciting potential clients is permissible under the “litigation” exception.

Petitioners, Maracich et al, are car buyers who received solicitations from Respondents. They brought suit alleging that Respondents violated the Driver Privacy Protection Act (DPPA) by obtaining and using the Petitioners’ personal information without their consent and for an impermissible purpose.

The DPPA was passed in reaction to the a series of abuses of drivers’ personal information held by government. The 1989 death of actress Rebecca Schaeffer was a prominent example of such abuse. In that case, a private investigator, hired by an obsessed fan, was able to obtain Rebecca Schaeffer’s address through her California motor vehicle record. The fan used her address information to stalk and to kill her. Other incidents cited by Congress included a ring of Iowa home robbers who targeted victims by writing down the license plates of expensive cars and obtaining home address information from the State’s department of motor vehicles.

The Supreme Court, in a unanimous decision written by Justice Rehnquist, rejected a constitutional challenge to the DPPA. See Reno v. Condon, 528 U.S. 141 (2000). In that case, the state of South Carolina challenged the DPPA arguing that the Act violated principles of federalism. The Supreme Court upheld the constitutionality of the Act as a proper exercise of Congress’ authority to regulate interstate commerce under the Commerce Clause. EPIC filed an amicus brief in that case that argued in part:

The district court ruled in favor of Respondents, holding that they did not engage in prohibited solicitation of clients, and that their use of driver records did not violate the DPPA because the litigation exception applies. On appeal, the Court of Appeals for the Fourth Circuit affirmed the district court ruling. The Fourth Circuit held that Respondents did participate in solicitation, but the use of the personal information was “inextricably intertwined” with “investigation in anticipation of litigation” and therefore falls under the DPPA exception. 18 U.S.C. §2721(b)(4). The Supreme Court granted certiorari on September 25, 2012.

EPIC has filed briefs in the past supporting strong DPPA protections for drivers’ personal information. See Reno v. Condon, 528 U.S. 141 (2000); Gordon v. Softech Int’l, Inc., 828 F. Supp. 2d 665 (S.D.N.Y. 2011), appeal docketed No. 12-661 (2d Cir. 2012); Kehoe v. Fidelity Fed. Bank & Trust, 421 F.3d 1209 (11th Cir. 2005).The DPPA is an important tool that provides an effective punishment against those who traffic in personal information. The protections provided by the DPPA require the narrow construction of the exceptions contained in the law, and the use of personal information for solicitations does not align with the purposes of the statute.

EPIC’s “Friend of the Court” Brief

Identity thieves and security breaches threaten the privacy of driver records. Because DMVs contain such a wealth of personal information, they are frequent targets of identity thieves. But state DMV information is also valuable to data brokers. Once information dealers acquire motor vehicle records, they put them at risk by combining them with broader consumer profiles. Creating links between various valuable pieces of identifying information heightens the identity security threat.

EPIC argues that in order to satisfy the Congressional intent of the DPPA and safeguard privacy, the definition of “personal information” under the statute should be interpreted broadly and the statutory exceptions must be interpreted narrowly. Based on the text and legislative history, Congress intended the DPPA to cover a broad array of personal information, even as technology changes the nature of information held by DMVs. However, as is consistent with privacy statutes generally, exceptions that enable disclosures of private information must be interpreted narrowly. For this reason, the scope of the litigation exception does not permit the solicitation undertaken by Respondents Spears. EPIC therefore urged the Supreme Court to reverse the decision of the Fourth Circuit.

On June 17, 2013, the Supreme Court reversed the 4th Circuit and held that the “litigation exception” of the Driver Privacy Protection Act (“DPPA”) did not permit attorney solicitation of clients. Writing for the 5-4 majority, Justice Kennedy stated that a broad interpretation of “in connection with” in (b)(4) should be avoided for the following reasons: (1) such indefinite phrases must have a limiting principle; (2) Congress intended the DPPA exceptions to be narrow; and (3) driver privacy should be protected because state residents cannot avoid submitting personal information to the DMV. As one of the four exceptions that allow for disclosure of not only “personal information” but “highly restricted personal information” – which includes Social Security Numbers, photographs and medical information – a narrow reading of the exception was most prudent. Accordingly, “investigation in anticipation of litigation” was also read narrowly to be limited to background research in order to determine the necessity of a complaint.

Further, Justice Kennedy rejected respondents’ claims that their activity was meaningful solicitation for legitimate purposes and could be distinguished from “mere trolling.” The majority noted that solicitation is already addressed explicitly in the (b)(12) exception, operating under a tighter disclosure standard of explicit consent. Additionally, solicitation could be distinguished from other acts of the legal profession due to its pecuniary motive and potential conflict of interest, making it more like a commercial transaction. The Court instructed lower courts to ask whether solicitation was the “predominant purpose” for sending the letters, warning that downstream uses of data may not be legitimate, even if the initial collection is for legitimate purposes.

The Court’s opinion in Maracich represents a strong endorsement for the general structure of privacy protecting statutes: blanket prohibitions on use of sensitive information, with narrow, targeted exceptions for permissible uses. When interpreting these statutes, the Court made clear that exceptions must be explicit and should not be read to the broadest extent allowed by the text, but rather should follow Congressional intent. Even in situations when private information is widely disseminated, “contacting an individual is an affront to privacy even beyond the fact that a large number of persons have access to the personal information.” Additionally, even if a user has an upstream permissible purpose for use of private information, that does not insulate the user from liability against downstream inappropriate uses. “[E]ven if an initial request was proper, a later use may be a violation.”

United States Court of Appeals for the Fourth Circuit

United States District Court for the District of South Carolina

The Supreme Court Must Not Undermine the Constitutional Right to Privacy 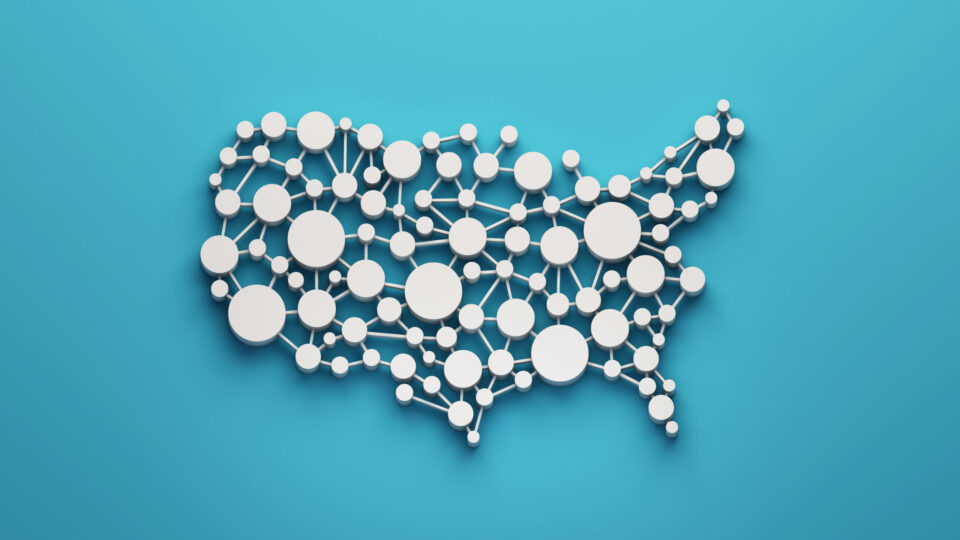