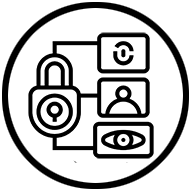 EPIC and a coalition of 38 organizations sent a letter to Adam Selipsky, Chief Executive Officer of Amazon Web Services, calling on the company to “end its agreement to host HART.” The DHS HART database is currently under construction and once finalized “will be the largest biometric database in the U.S., initially holding and sharing invasive personal and biometric data on over 270 million people.” The Coalition argued that the database “is a tool of mass surveillance” that will facilitate discrimination and “targeting of noncitizens and communities of color.” The Coalition also explained the numerous data protection risks the HART database poses. In 2018, EPIC obtained documents from DHS showing that HART was part of CBP’s Biometric Entry/Exit Program, a facial recognition program used in U.S. airports. A previous EPIC-led coalition called on the Privacy and Civil Liberties Oversight Board to recommend the suspension of face surveillance systems across the federal government.