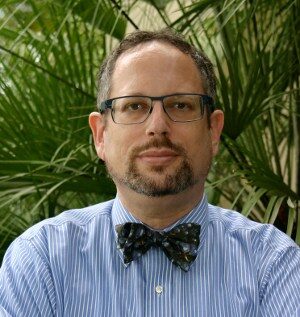 A. Michael Froomkin is the Laurie Silvers & Mitchell Rubenstein Distinguished Professor of Law at the University of Miami in Coral Gables, Florida, specializing in Internet Law and Administrative Law. He is a founder-editor of the online law review Jotwell, The Journal of Things We Like (Lots). He is also a founder of ICANNWatch, and serves on the Editorial Board of Information, Communication & Society and of I/S: A Journal of Law and Policy for the Information Society. He is on the Advisory Boards of several organizations including the Electronic Frontier Foundation. Prof. Froomkin is a member of the Royal Institute of International Affairs in London, and a non-resident Fellow of the Center for Democracy & Technology and the Yale Law School Information Society Project. He is also active in technology-related projects in the greater Miami area.

Before entering teaching, Prof. Froomkin practiced international arbitration law in the London office of Wilmer, Cutler & Pickering. He clerked for Judge Stephen F. Williams of the U.S. Court of Appeals, D.C. Circuit, and Chief Judge John F. Grady of the U.S. District Court, Northern District of Illinois. Prof. Froomkin received his J.D. from Yale Law School, where he served as Articles Editor of both the Yale Law Journal and the Yale Journal of International Law. He has an M.Phil in History of International Relations from Cambridge University in England, which he obtained while on a Mellon Fellowship. His B.A. from Yale was in Economics and History, summa cum laude, phi beta kappa with Distinction in History.