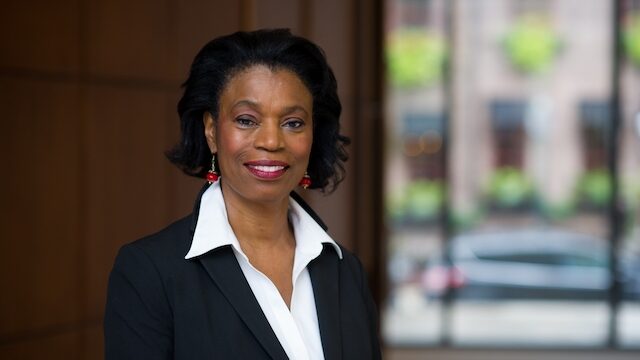 Anita L. Allen is an expert on privacy law, the philosophy of privacy, bioethics, and contemporary values, and is recognized for scholarship about legal philosophy, women’s rights, and race relations. She is a graduate of Harvard Law School and received her Ph.D. in Philosophy from the University of Michigan. She was the first African American woman to hold both a PhD in philosophy and a law degree. At Penn she is the Vice Provost for Faculty and the Henry R. Silverman Professor of Law and Professor of Philosophy. In 2010 she was appointed by President Obama to the Presidential Commission for the Study of Bioethical Issues. Her books include Unpopular Privacy: What Must We Hide (Oxford, 2011); The New Ethics: A Guided Tour of the 21st Century Moral Landscape (Miramax/Hyperion, 2004); Why Privacy Isn’t Everything: Feminist Reflections on Personal Accountability (Rowman and Littlefield, 2003); and Uneasy Access: Privacy for Women in a Free Society (Rowman and Littlefield, 1988), the first monograph on privacy written by an American philosopher. Her textbooks include: Privacy Law and Society (Thomson/West, 2016), the most comprehensive textbook on the US law of privacy and data protection on the market, with chapters on the common law, constitutional law, federal statutory law, surveillance law and international standards. Allen, who has publlshed more than a hundred scholarly articles, book chapters and essays, has also contributed to popular magazines, newspapers and blogs, and has frequently appeared on nationally broadcast television and radio programs. Allen is active as a member of editorial, advisory, and charity boards, and in professional organizations relating to her expertise in law, philosophy and health care.