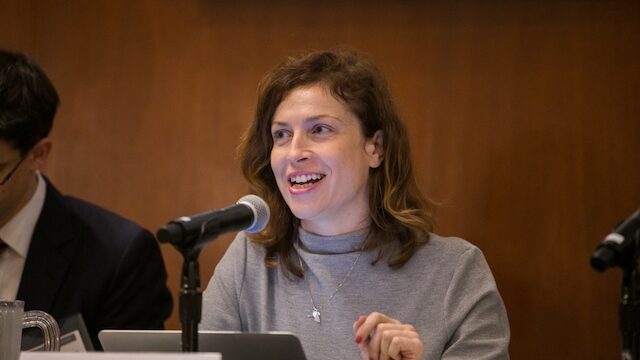 Dr. Bilyana Petkova joined the Department of International and European Law of Maastricht University in the Netherlands as a tenure-track Assistant Professor in September 2017. She is affiliated as a Visiting Scholar at the Yale Information Society Project since 2014. Before joining UM, Bilyana was a Max Weber postdoctoral fellow at the European University Institute in Florence, Italy and at New York University where she was a part of the Jean Monnet Center and later, the NYU Information Law Institute. Her research interests are in comparative constitutional law, judicial legitimacy, federalism and human rights, with a recent focus on data-driven cities, US-EU privacy law and freedom of speech in a digital age. Her paper “The Safeguards of Privacy Federalism” won a Young Scholars Award at the Eight Privacy Law Scholars Conference in the University of Berkeley, California. Bilyana publishes in both US-based and European editions. Among others, her book chapters have appeared with Oxford and Cambridge University Press, and articles – in the Lewis & Clark Law Review, the Northwestern Journal of Technology and Intellectual Property, the European Law Journal, the Common Market Law Review, the International Journal of Constitutional Law (I-CON) and the Maastricht Journal of European and Comparative Law. In 2019, as a Fellow-in-Residence at the Electronic Privacy Information Center in Washington, D.C., Bilyana will work on a book project, forthcoming with NYU Press