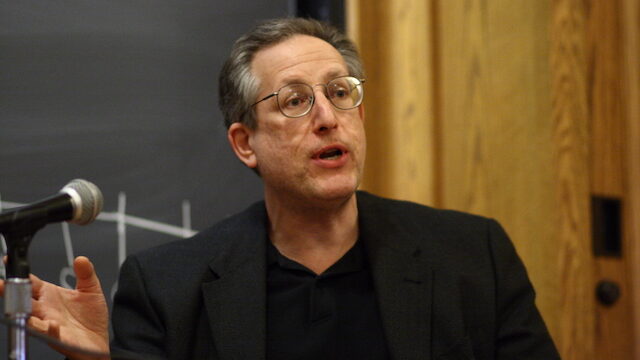 Jack M. Balkin is Knight Professor of Constitutional Law and the First Amendment at Yale Law School. He is the founder and director of Yale’s Information Society Project, an interdisciplinary center that studies law and new information technologies. He also directs the Abrams Institute for Freedom of Expression, and the Knight Law and Media Program at Yale.

Professor Balkin is a member of the American Academy of Arts and Sciences and the author of over a hundred articles in different fields, including constitutional theory, Internet law, freedom of speech, reproductive rights, jurisprudence, and the theory of ideology. He founded and edits the group blog Balkinization, and has written widely on legal issues for such publications as the New York Times, the New England Journal of Medicine, the American Prospect, the Atlantic Online, Washington Monthly, the New Republic Online, and Slate. His books include Living Originalism; Constitutional Redemption: Political Faith in an Unjust World; The Constitution in 2020(with Reva Siegel); Processes of Constitutional Decisionmaking (5th ed. with Brest, Levinson, Amar, and Siegel); Cultural Software: A Theory of Ideology; The Laws of Change: I Ching and the Philosophy of Life; What Brown v. Board of Education Should Have Said; and What Roe v. Wade Should Have Said.