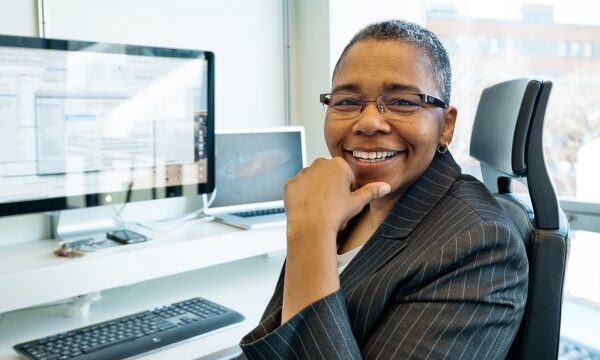 Latanya Sweeney is Associate Professor of Computer Science, Technology and Policy in the School of Computer Science at Carnegie Mellon University. She has made a career of weaving technology and policy together. Dr. Sweeney develops algorithms and constructs real-world systems that allow information to be shared with provable guarantees of privacy (legally and scientifically) while remaining practically useful. Dr. Sweeney has made numerous discoveries related to identifiability and privacy technologies and she has had significant impact on American privacy policy. Her work has received awards from numerous organizations, including the American Psychiatric Association, the American Medical Informatics Association, and the Blue Cross Blue Shield Association. Dr. Sweeney’s work has appeared in hundreds of news articles, numerous academic papers, was cited in the original publication of the HIPAA Privacy Rule and was praised in the TAPAC Report that reviewed the Total Information Awareness Project of DARPA. She has also testified before the Privacy and Integrity Advisory Committee of the Department of Homeland Security and the European Union Commission. Companies have licensed and continue to use her privacy technologies. Dr. Sweeney also founded and serves as the Director of the Data Privacy Lab. She received her PhD in computer science from the Massachusetts Institute of Technology. Her undergraduate degree in computer science was completed at Harvard University.