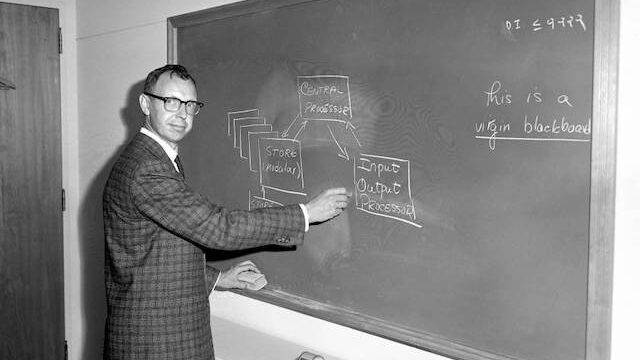 Willis H. Ware (Ph.D., Princeton University, 1951) was a senior computer scientist emeritus with the RAND Corporation in Santa Monica, California. An electrical engineer, he devoted his career to all aspects of computer technology – hardware, software, architectures, software development, networks, federal agency and military applications, management of computer-intensive projects, public policy and legislation. In 1952 he joined Rand to help build the Johnniac computer, a machine weighing 2.5 tons and comprising 5,000 vacuum tubes. He chaired a Department of Defense committee in the late 1960s that created the first definitive discussion of information system security and treated it as both a technical matter and a policy issue. Later, in the early 1970s he chaired the cabinet-level HEW Committee, whose report was the foundation for the United States Federal Privacy Act of 1974.

Subsequently, President Gerald Ford appointed him to the Privacy Protection Study Commission, whose report remains the most extensive examination of private sector record-keeping practices. Most recently his interests turned to the vulnerabilities of highly automated and computerized information-oriented societies, and the technical and policy aspects of protecting their national information infrastructure.

Dr. Ware was the first and past chairman of the (U.S.) Information System and Privacy Advisory Board, which he chaired for eleven years following its creation. It is a statutory body created by the Computer Security Act of 1987 and advises the United States government on societal impacts of computer technology and broad aspects of the government’s information system infrastructure. He also served as the Vice Chair of International Federation for Information Processing (IFIP) Technical Committee 11 from 1985-1994. At the time of his death, he was still serving as a member of the EPIC Advisory Board. EPIC presented Dr. Ware with the Champion of Freedom Lifetime Achievement Award in 2012.