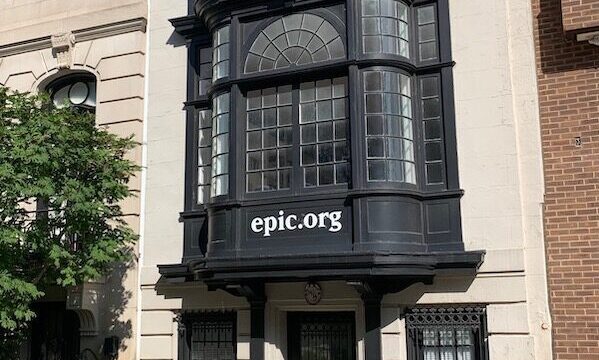 WASHINGTON, DC – On January 1, 2023, the Electronic Privacy Information Center (EPIC) was thrilled to welcome three new members to its Board of Directors, as well as a new slate of officers who will lead the Board for the 2023 – 2024 term.

The guidance and support of the EPIC Board of Directors ensure that EPIC’s advocacy, research, policy, and litigation work incorporate the views of leading experts in the technology and civil liberties space. As EPIC Board Chair Shoshana Zuboff says, “EPIC’s fundamental mission, the fight for privacy as a fundamental right and an essential condition of a democratic society, has never been more urgent. Our new board members bring critical wisdom, experience, and expertise to an already extraordinary board and a brilliant staff, all joined in their profound commitment to this mission.”

Christine Borgman, Distinguished Research Professor in Information Studies at the University of California, Los Angeles. She is recognized internationally for her research in information and computer science, data science, communication, digital humanities, privacy, and law. Her current research focuses on knowledge infrastructures, scientific data practices, and open science. She is a Fellow of the American Association for the Advancement of Science and of the Association for Computing Machinery, and she serves on the Library of Congress Scholars Council.

Len Kennedy, Adjunct Professor of Law of Cybersecurity and Privacy at Cornell Law School. He has extensive experience advising boards, senior executives, and federal government officials on telecommunications, information, internet, and consumer financial services regulatory and policy matters. He has successfully advocated for business practices and regulatory policies that foster the growth of new services and protect consumers. He has served as general counsel to two Fortune 500 companies and is a recipient of the Corporate Board’s America’s Top General Counsel Award.

Anne Washington, Assistant Professor of Data Policy at the New York University Steinhardt School of Culture, Education, and Human Development. She is a public interest technologist whose expertise in public sector information currently addresses the emerging governance needs of data science. As a computer scientist trained in organizational ethnography, she unites inductive qualitative research methods with technology tools. The National Science Foundation has funded her research multiple times, including through a prestigious five-year NSF CAREER grant on open government data.

“We are thrilled to have Christine, Len, and Anne joining our Board to ensure that EPIC can continue to grow its impact and work to establish robust privacy protections for all,” says EPIC Executive Director and President Alan Butler.

The EPIC Board of Directors also selected new officers to join the organizational leadership team in 2023. “There is a broad recognition that our personal data, and our democratic institutions, are at risk from the unchecked spread of surveillance systems and data abuses,” notes Mr. Butler. “Maintaining a strong leadership team at EPIC is a critical step towards addressing the data privacy crisis we face.”

Shoshana Zuboff is a trailblazing privacy scholar and activist who has helped ensure that the public and policymakers understand the impact of modern surveillance systems and abusive business models. Each of her three books – In the Age of the Smart Machine, The Support Economy, and The Age of Surveillance Capitalism – signaled the start of a new epoch in technological society and helped bring concepts like “surveillance capitalism” into the public consciousness. She is the Charles Edward Wilson Professor Emerita at Harvard Business School and a former Faculty Associate at the Berkman Klein Center for Internet and Society at Harvard Law School.

Ari Ezra Waldman is a professor of law and computer science at Northeastern University and director of the School of Law’s Center for Law, Information and Creativity. He researches how law and technology reify traditional structures of power, focusing on privacy, online harassment, misinformation, and the LGBTQ community. A prolific and internationally recognized law and technology scholar, he was recently named one of the world’s top 20 thinkers by Prospect Magazine and sits on the Board of Directors of the Cyber Civil Rights Initiative. He is also the founder of @Legally_Queer, a social media project that educates the public about the history, present, and future of LGBTQ law and politics.

Christopher Wolf is Senior Counsel at Hogan Lovells US LLP. Widely recognized as a global pioneer in Internet law and a renowned leader in privacy and data protection policy, he has long brought his expertise to EPIC. In 1998, working with EPIC, he successfully represented the plaintiff in McVeigh v. Cohen, a landmark privacy case under ECPA that involved the now-repealed “Don’t ask, don’t tell” policy. Mr. Wolf is also the founder and board president of the Future of Privacy Forum, a think tank devoted to advancing responsible data practices, which has become a leading forum for discussing and developing best practices.

Jeff Jonas is an acclaimed data scientist who is the founder, CEO, and Chief Scientist of Senzing. For more than three decades, he has been singularly focused on creating technologies and systems that solve the world’s biggest data challenges for governments and companies, while balancing interests in privacy, security, and civil liberties. The creator of entity resolution systems that extract useful intelligence from tsunamis of data, he has tackled high-profile challenges including identifying potential terrorists, detecting fraudulent behavior in casinos, connecting loved ones after a natural disaster, and asteroid versus asteroid interactions.

Alan Butler is EPIC’s Executive Director and serves ex officio as President of the EPIC Board of Directors. Mr. Butler joined EPIC in 2011 and served as Interim Executive Director during 2020. Prior to his appointment as Executive Director, Mr. Butler managed EPIC’s litigation, including the Amicus Program, and filed briefs in emerging privacy and civil liberties cases before the U.S. Supreme Court and other appellate courts. Mr. Butler has argued on behalf of EPIC in privacy and open government cases in the U.S. Court of Appeals for the D.C. Circuit, the Third Circuit, and the Supreme Courts of New Mexico and New Jersey. He is also Chair of the Privacy and Information Protection Committee of the ABA Section on Civil Rights and Social Justice.

EPIC is thrilled to have the guidance of this elite group of leading scholars and experts as it continues its important work to push back against commercial surveillance and discrimination and to secure the right to privacy in 2023.

Additionally, EPIC is excited to announce that two staff members, Calli Schroeder and Ben Winters, have been promoted to Senior Counsel.

As Counsel, Ben Winters has led EPIC’s AI and Human Rights Project. His work focuses on AI and automated decision-making applications that disproportionately affect marginalized communities, such as surrounding the criminal legal cycle. He is a graduate of Benjamin N. Cardozo School of Law, where he was Editor-In-Chief of the Cardozo Journal of Equal Rights and Social Justice and the President of the Data Law Society. While in law school, he also interned for the New York State Attorney General’s Bureau of Internet and Technology and worked on telecommunications policy at Common Cause/NY.

Calli and Ben bring a wealth of experience and enthusiasm to EPIC, and we look forward to seeing them grow and further their incredible work in their new positions.