Whether dialing equipment must use a random or sequential number generator to either store or produce phone numbers to satisfy the definition of an autodialer under the TCPA.

The Telephone Consumer Protection Act (“TCPA”) protects American consumers from invasive automated calls. One of its several provisions prohibits use of automated dialing systems (also called “autodialers”) without the consent of the called party. Noah Duguid received several security alert text messages from Facebook despite not being a Facebook user and never consenting to the texts. His repeated attempts to stop the texts failed. Duguid filed a putative class action aganst Facebook, alleging violations of the TCPA’s autodialer restriction. The district court dismissed the case, holding that Facebook’s software was not an autodialer. The Ninth Circuit reversed. The U.S. Supreme Court has agreed to hear the case to resolve a split betweel federal courts of appeals over the proper scope of the autodialer definition.

The Telephone Consumer Protection Act was enacted in 1991 to protect consumers from unwanted automated and prerecorded calls. It bans using “any automatic telephone dialing system” (commonly called an “autodialer”) to call a cell phone without the consent of the party called. The law defines an autodialer as “equipment which has the capacity—(A) to store or produce telephone numbers to be called, using a random or sequential generator; and (B) to dial such numbers.” Companies that want to autodialer consumers argue that an autodialer must use a random or sequential number generator to store or produce numbers. Consumers argue the opposite: the statute targets systems that can automatically dial numbers that are stored in the system, or they can dial automatically dial numbers that the system produces with a random or sequential number generator.

The FCC has long recognized that autodialers include predictive dialers, which dial numbers from a database in anticipation of a live agent being ready to conduct the call. But in the 2015 case ACA International v. FCC, the D.C. Circuit found that the FCC’s orders on the autodialer definition were inconsistent, and vacated the FCC’s autodialer definition.

Since ACC International, federal courts of appeals have split over the proper scope of the autodialer ban. Prior to taking up Duguid’s case, the Ninth Circuit adopted the broad definition of autodialer in Marks v. Crunch San Diego, reasoning that “using a random or sequential number generator” modifies “produce” but not “store”.

Noah Duguid has never been a Facebook user. Yet, over a ten month period in 2014, Facebook sent Duguid a series of text messages containing automated security alerts for an account he didn’t have. Duguid requested that the messages stop both over text and email, to no avail. Finally, Duguid sued Facebook for violating the TCPA.

In the district court, Facebook argued that Duguid failed to properly allege that Facebook’s text messaging system is an autodialer because it texted numbers in a database, and did not have the capacity to dial random or sequential numbers. Facebook also argued that the autodialer restriction was unconstitutional because the exemption for callers collecting a government backed debt was an unconstitutional content-based restriction on speech. The district court dismissed the complaint based on a narrow definition of autodialer.

The Ninth Circuit reversed based on its prior decision in Marks. The Ninth Circuit also found that, while the government debt exemption violated the First Amendment, it could be severed from the remainder of the statute. 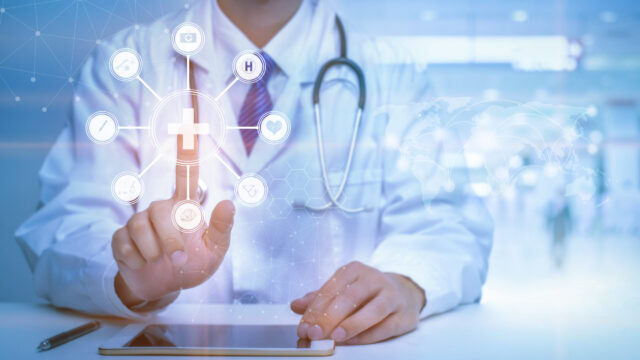