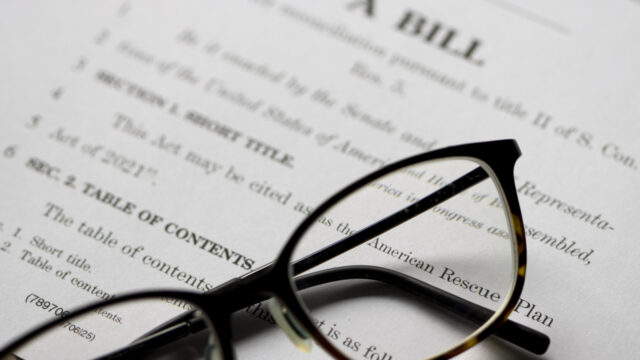 During Sunshine Week, Senators Tammy Duckworth and Patrick Leahy re-introduced legislation that requires the Department of Justice to release all past and future Office of Legal Counsel opinions, with the exception of classified material. The OLC interprets laws for the Executive Branch and all of its legal opinions are binding for all federal agencies. Currently, the OLC does not proactively publish all of its opinions and the public is left in the dark about how many opinions are currently in effect.

The Demanding Oversight and Justification Over Legal Conclusions Transparency Act (DOJ OLC Transparency Act) increases government transparency and strengthens oversight of the Executive Branch by making OLC opinions publicly available, directs the Attorney General to document any redactions and explain why the release of information is withheld but provide an unredacted version to Congress, and give individuals a right to sue for the release of any unlawfully withheld opinion.

“These OLC opinions have effectively operated as a secret body of executive branch law—justifying everything from torture to lethal drone strikes—often in conflict with public laws.  This is antithetical to a fundamental premise of American democracy: that all branches of government are bound by the same laws, which in turn are bound by the Constitution,” says Senator Leahy.

EPIC has long pushed for the release of OLC opinions and has even litigated for the release of OLC opinions. Last year EPIC, along with other open government advocates, urged the OLC to proactively make its opinions public and emphasized the importance of transparency. EPIC also previously filed an amicus brief in New York Times v. DOJ in support of a New York Times lawsuit for opinions of the Office of Legal Counsel. The brief argued that “establishing secret law is antithetical to democratic governance” and that the Freedom of Information Act “does not allow for secret law.” In EPIC v. DOJ, EPIC sought the legal analyses of the OLC concerning the NSA’s PRISM program, an electronic surveillance program that collects real-time data from internet providers like Google, Microsoft, YouTube, and Facebook. The case ultimately revealed a troubling truth that the OLC never conducted a legal analysis of PRISM program.