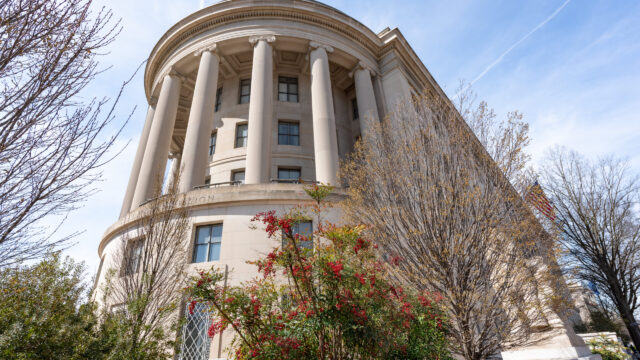 EPIC and thirty-four civil rights, civil liberties, and consumer protection organizations joined a letter today urging Congress to pass key provisions of the Build Back Better Act that will strengthen the Federal Trade Commission’s power to halt discriminatory and abusive data practices. The bill provides $1 billion in funding for the Commission’s privacy and antitrust work and establishes an FTC bureau to address privacy, civil rights, and data security issues. “A better funded and organized Commission will be better equipped to prevent unfair and deceptive data practices, which disproportionately harm people of color and low-income communities,” the letter reads. The Act will also give the Commission crucial power to fine companies for their first data abuse violation. “Enabling the Commission to seek civil penalties against first-time violators of the FTC Act will be a powerful deterrent against exploitative data practices and a key tool for holding lawbreaking companies accountable,” the letter argues. EPIC has repeatedly called on the FTC to establish data protection rules and has long advocated for the creation of a U.S. Data Protection Agency. EPIC also published a report on the FTC’s unused statutory authorities, What the FTC Could Be Doing (But Isn’t) to Protect Privacy, in June.